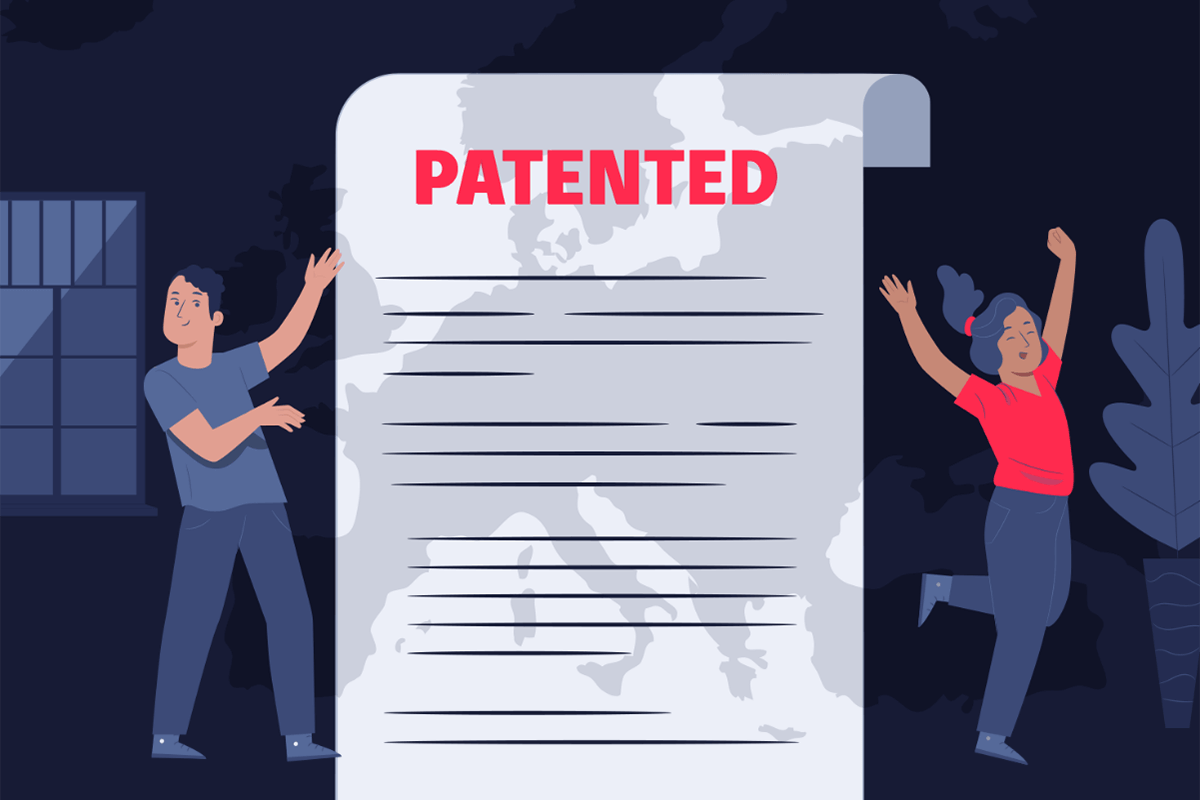 July 30th, 2018 Blinking crew officially filed for a patent “Authentication method for a client over a network” under ref. No. EP18136310.1 with the European Patent Office (EPO). It was a tedious journey getting here, but the patent for the Blinking system is now pending and it will take 18 months before it is approved. We filed the patent together with the help of a legal office specialized in intellectual property MSA IP — Milojevic, Sekulic, and Associates. Blinking co-founders Alex (CEO) Milos (COO) and Miroslav (CTO) are listed as designated investors. The invention relates to the use of a distributed network for the purpose of improving the authentication procedure and how personal and biometric data are stored, protected, and processed. To our best knowledge, there was not a record of a blockchain patent from the SEE region and generally not that many in Europe prior to our filing with the EPO.

Patents remain the strongest form of IP protection for an invention and to an extent the basis for future commercialization and product marketing. Therefore, it comes as no surprise that patents are also the most valuable, difficult to obtain, and costly.

European Patent Office (EPO) defines a patent as a “Legal title that gives inventors the right, for a limited period (usually 20 years), to prevent others from making, using or selling their invention without their permission in the countries for which the patent has been granted.”

An invention in itself presumes “new product, process or any new use thereof” that in order to be patentable “must be novel, involve an inventive step and be susceptible of industrial application.” The patent application serves the purpose of proving these assumptions prior to providing protection as a legal instrument.

Startups usually don’t deal with patents, due to their unfortunately limited resources. However, for the Blinking crew some of the reasons to do so were:

In the last two years, we saw a surge of blockchain patents, from mostly financial and tech industry giants with not that many from small companies and startups.

In their discussions prior to founding Blinking, the co-founders shared their interest in the issues of security and privacy. A common conclusion was that based on their previous experience in researching and creating security solutions and testing out blockchain applications, there is one clear use case for the underutilized technology — digital identity on the blockchain.

As the internet became the inevitable part of our everyday life, with many people not only communicating but also conducting business online, some form of secure yet confidential digital identity was never created. People created numerous and various identities online for an ever-increasing number of digital services at their disposal which made a clash between access and usability and security and confidentiality an ever more apparent issue. With the digital world further developing, the problem of digital identity will become only ever more important.

The first priority for any digital service is establishing and confirming the user’s identity. It is a requirement in the context of online economic exchange and the provision of services that rest on confidentiality and privacy.

Up until recently, all digital services were based on the creation of user identities through the combination of username and password. However, by using only something that people know, it meant that it is also something people can forget.

In time, different mechanisms of protecting or retrieving lost passwords associated with usernames emerged, of which none was safe but in fact introduced new potential vulnerabilities. In 2018 biggest breaches in fact involved those very methods, like for example — 2FA protection.

Innovation and new models of utilizing biometric markers opened a path for broader use of biometrics like the face, fingerprint, iris, or similar which are characteristic and unique to each specific person.

The two problems that arise with using biometrics and which had to be addressed are the very reason why Blinking creators decided to create and patent the Blinking system.

The first one addresses people’s unwillingness to share their personal information, especially biometric ones with non-trusted entities. This was also one of the reasons why biometric authentication was mostly used by government institutions and saw generally low adoption for commercial uses. This brings us to the second issue. Biometric and personal data were stored in safe locations in order to eliminate the possibility of a breach, which in the case it happened, would provide access and an easy way to connect it with a real person. Introducing different obfuscation mechanisms of captured biometric information, in order to make retrieving that information harder, just led to higher comparison difficulty or lower probability of successful biometric matching.

In order for digital services to truly reach the level of trust traditional institutions held while making our lives faster, easier, and simpler, a conclusion is that there should be commercially available user authentication compatible with the utilization of biometric data while at the same time secure storage of such data.

In essence, we can assume that people everywhere in the world want both guarantees and a sense of ownership and control over their private information when providing their biometric data.

There are several aspects that contribute to all three necessary elements required for the patentability of Blinking as a new method for authenticating a client with a service performed over a network of peers in the field of authentication procedures:

Aside from the summary of the invention, the patent specification provides detailed technical information and schematics describing the numerous advantages of the new authentication method according to the invention. To truly understand all the aspects and why Blinking’s method represents an innovation in authentication procedures we will provide a more in-depth overview and a case study of our patent. Soon enough it will be possible to search the patent in the EPO patent database and read the full patent specification.

Our partners from the MSA IP helped us a lot in the patent application process. They analyzed the Blinking invention and prepared the necessary documentation consisting of a technical description, abstracts, schematics, and formal filing with the European Patent Office. We are grateful for their professional work and services. Blinking among the winners of the PowerUP program